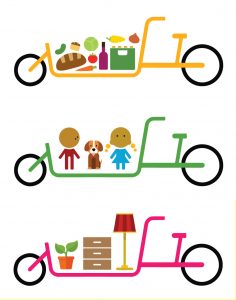 On the 29th of March we officially launched the Közteher – community cargobike sharing system. Around 100 friends and guests joined our party which also served as an opportunity to meet with new potential partners and hosts of bikes.
The system operates on a non-profit basis with the goal of making different types of cargobikes and trailers available around the city for the citizens and organisations. It is based on donation and self-organisation.
The system was developed in cooperation with a German collective located in Cologne which has allowed over 70 different initiatives in Germany, Austria, and now Hungary to make use of an open-source booking platform which has been regularly updated after its initial launch.
At this stage we offer six cargobikes and three trailers in four different host sites in Buda and Pest.
We are currently having discussions with several partners and citizens to extend the number of bikes and locations. Feel free to contact us if you are interested in lending a cargobike or trailer which can be used in the system or helping establish a new host site in a community accessible space. Also feel free to make a donation to support us.
With cargobikes and trailers you can transport furniture, all the necessities for a picnic, musical instruments, books or tools… It is also a convivial way to share a nice ride with your children or your dog! 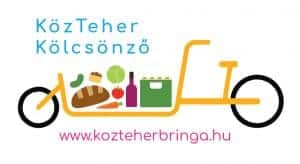